Rotterdam, Friday, July 11th 2014 – the first day of the annual North Sea Jazz Festival, which again had an amazing program of jazz and jazz-related music to offer. I started the night with Robert Glasper, whose last show I saw was disappointing, but this time he performed with The Metropole Orkest under Vince Mendoza, and it was simply incredible to hear Glasper’s songs arranged for an orchestra and with Vince he had the best guy to work with. The full sound gave a different power to the compositions and Glasper and band added what was necessary to not make it cheesy …. A welcome surprise. 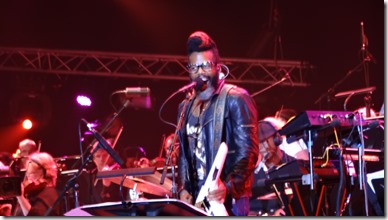 Then I ran off to see a bit of Phronesis, the bass led piano trio that is making waves in Europe … and deservedly so. Exciting playing of complex compositions, great understanding and communication and fantastic improvisation from all three musicians made this concert a pleasure to listen to. I didn’t stay for the whole gig, as I wanted to see a few minutes of Pharoah Sanders as well – a legend still touring and performing … and there are not many left of these! The two songs I hear were powerful and exciting to listen to – Sanders in great form and blowing hard and his band in great support of the soloist. Hope to get a chance to see the full show next time.

But I checked the full concert of John Scofield’s Uberjam Band – and it rocked! John is just incredible – ever single time I hear him he really gets me with his amazing playing and the guys in the band are just pushing him further and further … Playing the recordings from the 2 Uberjam albums live is a treat and on the night John was in amazing form and improvised and let rock like only he can! One of the best jazz guitarists of our time – versatile and constantly exploring new avenues of expression. 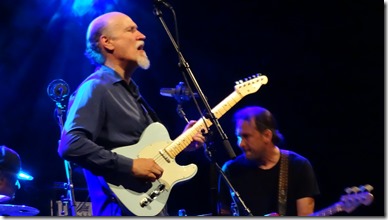 More guitar heroics then with the Tedeschi Trucks Band … a blues/rock outfit in the tradition of the Allman Brothers with a sharp brass section, a great rhythm section and Susan Tedeschi on vocals and guitar and Derek Trucks as the lead guitarist, who surely knows his blues … great riff’s, amazing screaming and pleading soli give proof that he is one of the best rock guitarists around today. A great show to end the first night of fantastic music. 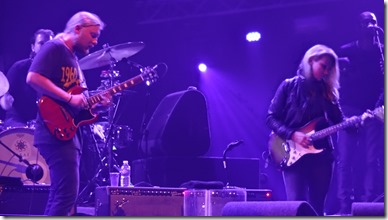 Day 2 – I started the musical evening with a bit of Tigran’s show – he is one of the most amazing young pianists around and he is fusion of jazz and Armenia folk music was a great success in Rotterdam. Then quickly to see Zara McFarlane, a young singer lots of people are talking about at the moment and under the wings of Gilles Peterson, who has a great track record in discovering voices … from Jose James to Nailah Porter … and Zara is truly talented. A great voice and good control she surely will make her way – the songs still lack something, but with a good co-writer she will be one to watch. 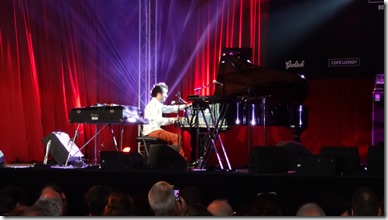 Then off to see a bit of Richard Bona, who performed with Manu Katche, Stefano DiBatista and pianist Eric Legnini – a powerful group around the masters of Bona and Katche – especially saxist DiBatista showed some great skills and beautiful and imaginative improvisations, as did pianist Legnini.

From there to the next venue to see the Trio of Danilo Perez, John Patitucci and Brian Blade, showing that they can exist as a group in its own right and not only as the Wayne Shorter band …. Great com[positions performed with the usual imaginative group improvisation and top soli made this concert a true pleasure to listen to. I hope they will tour more often in that formation, to see their own music develop and to establish their own voice, something already there in this captivating show. 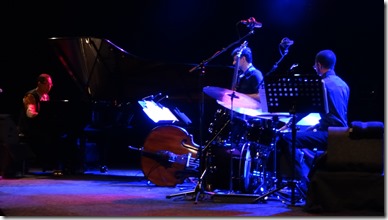 Off to catch a bit of Ibrahim Maalouf, the exciting trumpet player and his very unique mix of jazz and Arabic and world music influences. A powerful set with a great band and a charismatic leader, of whom I would have loved to hear more, but Stevie Wonder was waiting. Unfortunately the venue he was playing was so packed, that there was no way to get in and listen … so I checked my program and marched off to see Dr. John …. A great New Orleans show based on the music of Louis Armstrong with a groovy band and a sharp brass section and Nicholas Payton as special soloist. Dr. John’s arrangements of the music associated with Armstrong were great and at times odd, but working well overall. Payton was the perfect choice for Louis’ part, as this is his music as well and was comfortable in improvising on top level when asked. A cool and groovy way to end the second night of North Sea Jazz 2014. 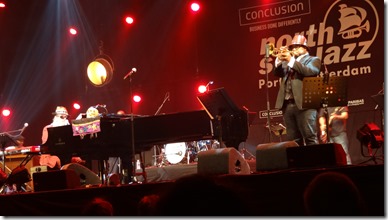 Day 3 – Darcy James Argue’s Secret Society is surely one of the best big bands around today – great composition, powerful arrangements and incredible performances and soli by all members of the group are a trademark of the records and the live show. This was the first time for me to see them perform and I enjoyed every single minute of it and so did the rest of the audience, which cheered each tune and solo.

Then I had a dilemma: both OKeh acts for that day performed at the same time: Dave Holland’s Prism with Craig Taborn, Kevin Eubanks and Eric Harland and Nir Felder 4, the group of young guitarist Nir Felder. So I had a chat with Nir and the guys before the show and listen to them for around 40 minutes – performing tracks from the Golden Age album Nir released earlier this year. The audience in the packed room was truly amazed and as well as I glad that we had catched some of this show. Prism is one of the hottest groups around now and they showed again why – jazzy improvisations on rock grooves and fantastic interplay make this group so special. They played mainly tunes from their first album, but are already looking forward to record again next year …. can’t wait to hear this. 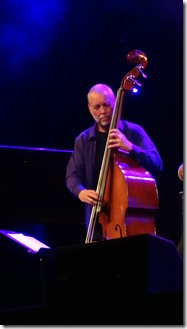 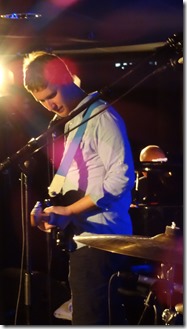 Then wandered off to see Sachal Vasandani performing 3 songs with British singer Ian Shaw and his Trio. Shaw is a truly original – a great singer (his version of Joan Armatrading’s Shelter from the Storm was something else …) a comedian (which was made clear in his really funny announcements) and a true gentlemen who gave Sachal space to shine and get a great and positive reaction from the audience, who loved his voice and performance as a guest. 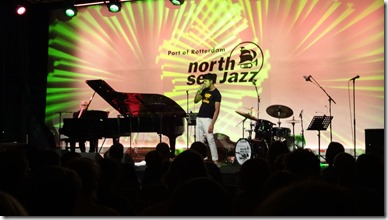 Back to the Hotel to have a drink with Dave Holland, I just arrived in time to see the second half of extra time in the world Cup final … Germany won (as I had expected and hoped, as they had been the most impressive team overall in the World Cup) with a great goal and we all celebrated a bit afterwards – what better way than that to round up another great North Sea Jazz where I did see and hear lots of great music, but as well missed a lot too…. Will be back next year!