Since March 10th we are now in our flat, having been out since then only once to buy some bread and other essentials and twice to bring the rubbish down … and it seems that we will have at least another 2 weeks to stay in, as we are not allowed in Madrid to go out for a walk … just shopping and looking after elderly family members … we found our rhythm, do exercise, read, listen to music, watch TV – like everyone else. The one amazing thing about being locked in is, that people will get in touch, some you hadn’t heard from in ages – just checking in how you are … and we do the same … Skype and Zoom sessions with family and friends keeps us in touch as well … checking on neighbours increases the community feel and going to the window or balcony every evening at 8 pm to clap in admiration for the health services and other people that keep the city going … strange times indeed, but times to focus on oneself and the ones close to us and to make sure we all get through this together. And of course, music is helping a lot – giving emotions and distraction, taking us to other worlds … here is a link to a list of done and forthcoming streamed home performances and living room gigs (https://www.jazzonthetube.com/we-can-do-this/) as well as some new records I listened to and can recommend:

Kurt Elling featuring Danilo Perez / Secrets Are The Best Stories – A new album by master singer Elling is always something to look forward to and the news of his collaboration with Danilo Perez only heightened the expectations. Says Elling “Danilo and I share many of the same concerns and anxieties about where the world is today” and when listening to one of the albums most outstanding tracks ‘Song Of The Rio Grande’ the message is clear – this song, a memorial to drowned Salvadoran migrants Oscar and Valeria Martínez-Ramírez, is based on the composition ’Across The Crystal Sea’ from the symphonic Perez album of the same name, but with Elling’s lyrics it becomes a touching tribute and social-political statement at the same time. Two compositions by Jaco Pastorius got the Elling treatment, as well one each by Wayne Shorter and Vince Mendoza plus more by Perez … 2 tracks by Django Bates and Sidsel Endresen, ‘Stage I’ and ‘Stages II,III’, are rounding up a wonderful and essential album. Elling is at his usual best, it seems there is nothing this man can’t do with his voice … and pianist Danilo Perez is giving colour and power to the proceedings, with the support of Clark Summers on bass, Johnathan Blake on drums and Brazilian percussion master Rogerio Boccato. Special guests on the recording are alto saxophonist Miguel Zenón, guitarist Chico Pinheiro, and Cuban percussionist Román Díaz. One album that shouldn’t be missed – essential for our times.

Ketil Bjornstad & Guro Kleven Hagen / The Personal Gallery – composer, pianist and writer Bjornstad doesn’t fit any category and neither does the music on this album. Music he wrote for this cooperation with young classical violinist Guro Kleven Hagen and music that is melodic, touching and beautiful. Uplifting I might add as well. These compositions have a classical background and a jazzy feel and gorgeous little melodies that make the listener smile. The performances by both musicians are outstanding, telling the stories of the pictures in this gallery with emotion and passion.  Explains Bjornstad: “We talked a great deal about our lives while we were rehearsing the suite. Guro asked about the background for the titles, and the order in which they were written, while at the same time telling stories from her own life. We became storytellers for each other. There was much that was recognisable for both of us. The musical idols of my youth were also hers, and vice versa. We had many of the same reference points. I felt that the titles we decided on during the process were as much hers as mine. There is 42 years age gap between Guro and me. I could have been her grandfather. But it is I who am the student.” I Can’t stop listening to this very unique album!

Jacek Kochan & musiConspiracy / Occupational Hazard – veteran drummer Kochan is a force in the Canadian jazz scene and for his new album he brought some friends to the studio to help to record this ambitious project: singer and pianist Elizabeth Shepherd, Sari Dajani on vocals on 2 tracks, Luis Deniz on alto saxophone, Petr Cancura on tenor, guitarists Jerry De Villiers Jr., Rasp Soulage, Fabrizio Brusca, Pierre Coté and Nguyên Lê, on keyboards Dan Thouin and Anthony Alexander, as well as Zbyszek Chojnacki on accordion, Adrian Vedady on upright bass plus Rich Brown and Mo Boo on electric bass. Occupational Hazard is a musical tour de force, combining elements of acoustic and electric jazz, rock, and contemporary improvised music, it weaves rhythms and harmonies from around the world into an eclectic and infectious mix. Shepherd’s vocals are very well delivered and are kind of floating on the music. The ensemble play is tight and captivating and the compositions full of surprises. Worth checking out!

Ahmed Abdullah / A Music of the Spirit / Out of Sistas’ Place – Long-time Sun Ra trumpeter and musical director for the Brooklyn venue Sistas’ Place, delivers an outstanding and adventurous, high energy new album. Recorded with Francisco Mora Catlett on percussion, Monique Ngozi Nri – poetry and vocals, Alex Harding on baritone saxophone, Don Chapman on tenor saxophone, Bob Stewart on tuba, Donald Smith on piano, Radu Ben Judah on bass, Ronnie Burrage and Roman Diaz on percussion, this record is a very personal and powerful tribute to Sun Ra and his musical concept. The ensemble here plays with incredible precision and masterful improvisations in the space given. Highlights in this overall amazing album are Sun Ra’s ‘Disciple 27’ and Miriam Makeba’s ‘Magwalandini’ – both arranged by Ahmed, whose trumpet soars over the music like a bird …. Love this one!!!!!

Yilian Canizares / Erzulie – Cuban singer and violinist Canizares presents with ‘Erzulie’ a very personal album with her lyrics touching issues like freedom, immigration, what it means to be a woman today and love – all packed in wonderful compositions, performed to perfection by Canizares and her band: Paul Beaubrun on guitar, Childo Tomas on bass, Inor Sotolongo on percussion and Black Samurai on drums. The special guests, which include Christian Scott, Bobby Sparks and Bill Laurence, are giving the album colour and depths. Canizares is a violinist who can play powerful or touching, never losing the passion in her expression – her singing is confident and carries the songs. A wonderful mix of Latin, African and Creole influences, with a shot of jazz and pop, makes this a special recording with a contemporary and relevant message! 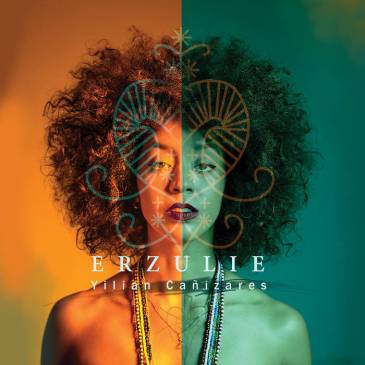 Avishai Cohen / Big Vicious – This new album by trumpet star Cohen introduces his band Big Vicious, put together after his return to Israel from New York a few years ago and features the musical talents of Cohen on trumpet, effects and synthesizer, Uzi Ramirez on guitar, Yonatan Albalak on bass, Aviv Cohen on drums plus Ziv Ravitz on drums and live sampling. Together they create music that is influenced by their respective histories and various musical styles including electronica, rock, pop, ambient and classical music. Most of the composition’s credits are shared except for two Cohen works and a piece each by Massive Attack and Ludwig Van Beethoven. Great band interaction and individual performances make this album one of the best releases of 2020 so far.

Hildegunn Øiseth / Manana – Trumpet Player Hildegunn Øiseth delivers with her new album a touching and captivating jazz record of the highest quality. Her amazing sidemen for this album are Espen Berg on piano, Magne Thormodsæter on bass and Per Oddvar Johansen on drums. Musician and composer Sarah Chaksad says about her: “Hildegunn Øiseth’s distinctive sound combines timeless elegance, a very personal, natural language of improvisation with dreamlike stylistic confidence. Watching her is like seeing a powerful poet at work; she is touching the hearts of the audience and her fellow musicians with every single note”. A true discovery!!! 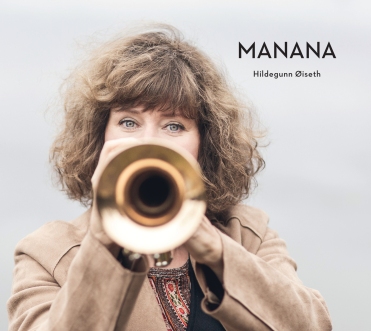 In case you are going to check out one or more of these recommendations and in case you like what you hear – why not make the step and order the CD? In these difficult times for artists and indie labels any sale helps, and any sold CD is better than a few streams …. If you want to help – Buy Music!!