As the end of 2014 is coming closer, it is time to look back and select some of the highlights of the year in musical terms:

Of course top of any list I would have to compile would be the records I have been putting out on the OKeh label, as I sign artists and work with them on their recordings because I believe that these artists are special and have something to add to the vast archive of recorded jazz music. In 2014 I released the following recordings:

Branford Marsalis In My Solitude – Live at Grace Cathedral

From all the other great music I heard during the year, the following CDs, in no particular order, stood out:

The Bad Plus The Rite of Spring   Sony Masterworks

Niccolo Faraci It came to broadcast the Yucatan   Auand Records

And so many more, I enjoyed, but can’t mention for space reasons ….

The outstanding performer for me this year has been Branford Marsalis – his concert with the quartet in Barcelona was simply something else and then the solo concert in the Kulturkirche Hamburg, proved that he is one of the most innovative improvisers with a great melodic sense.

The other shows that really got me on an emotional level and did draw me deep into the music performed were:

The OKeh Night at Winter Jazz in New York in January with performances by James Brandon Lewis (whose November show in Madrid was another highlight of the year), Theo Croker, Jeff Ballard with Lionel Loueke and Miguel Zenon, Somi (who as well performed a great show later in the year in Paris), Nir Felder and Craig Handy. A pleasure to watch these young musicians show that they deserve to be recorded and promoted around the globe.

Madrid Jazz Festival – a series of great concerts in a relatively small venue – with a fantastic atmosphere when the show is good – and Dee Dee Bridewater featuring The Croker’s DVRK FUNK as a backing band was just incredible – powerful support for the greatest jazz singer of our time from her protégée Theo and his band. Medeski, Scofield, Martin & Wood performed music from their album Juice and did groove as there was no tomorrow …and the James Brandon Lewis Trio delivered a night of free flowing melodic improvisation on the highest level.

Twice I saw this year Pablo Martin Caminero performing his new album O.F.N.I. – Flamenco/Jazz as good as it gets, live and on record.

The Brad Mehldau Trio at the Teatro Lara in Madrid – still one of the tightest and best jazz combos around.

Madeleine Peyroux at Ronnie Scott’s – just her on acoustic guitar with bass and electric guitar – the format her voice gets the best support and she seem to enjoy the most. Sublime.

Ola Kvernberg with his trio and special guests Pablo Martin, Josemi Carmona, Enriquito and Bandolero at the Off The La Latina club in Madrid – musical exchange between North and South – powerful !

And there have been many more great nights at festival like the one in Vitoria-Gasteiz or concerts in various places in Europe. Too many to mention them all, but some are mentioned in the earlier blogs, for the interested reader.

In 2014 unfortunately the world of music lost too many great musicians, a vacuum that will be difficult to fill. I was lucky enough to have known and have worked with some of them and I will carry the memories of these great artists with me forever. I pay my respects to Paco de Lucia, Charlie Haden, Joe Sample and Idris Muhammad. R.I.P.

As we are speaking or better writing about all things music, I want to recommend a book as well: Stuart Nicholson Jazz and Culture in a Global Age. An eye and ear opening analysis of the international jazz development. Captivating. 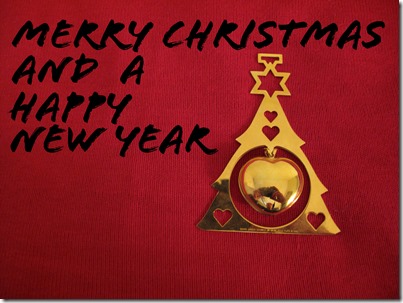