Mario Biondi is a star in his native Italy and known around Europe, but not yet on the same level as at home …. His first ever visit to Madrid therefore was something special and a good chance to see a singer whose records I enjoyed, but never had seen live. The repertoire for this show came mainly form his last 2 records SUN and BEYOND and the audience happily sang along to the great performance – a top band that got the groove and Mario singing absolutely wonderful. Live he showed what a great singer he actually is and what control he has and that there is much more to him than having a voice like Barry White. Mario is at the moment working on a Brazil influenced album, which is slated for a spring release in 2018 – looking forward to him signing and swinging through that repertoire. Don’t miss if he comes to your city – you’ll simply enjoy a singer at the peak of his art. 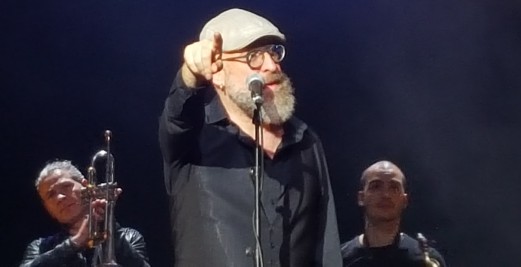 Pepe Habichuela is a master of the flamenco guitar and he celebrated 60 years of performing live over three days at the Teatro Circo Price in Madrid last week – with most of his family and friends, who travelled all or part of this journey with him. On day one he had invited the Morente family, Arcangel, Antonio Canales  and more; then on the second day he was celebrated by and was celebrating with Jose Merce, Tomatito, Nina Pastori, El Pele and Farruquito. 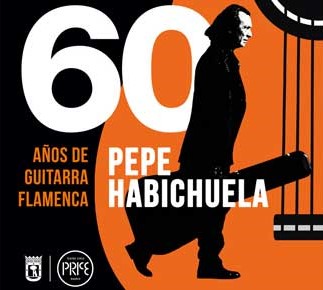 We went on the third day when dancer Israel Galvan, Miguel Poveda, Silvia Perez Cruz, Javier Colina, Jorge Pardo and the rest of the Familia Habichuela ended the celebrations in style! The show opened with a spectacular solo dance by Galvan, which was not only amazing in terms of body movements, but as well a treat rhythmically as his feed created a firework of percussive sounds. Miguel Poveda, either with Pepe or his own group showed again what an amazing and emotional singer he is and the same can be said of Silvia Perez Cruz, who from solo, via duos with bass player Colina to a trio with Pepe and Colina simply got everyone screaming OLE! – two extraordinary talents! Then Josemi Carmona, Pepe’s son and fellow guitar player, who acted as musical director for all three days, played a new composition dedicated to his father – a beautiful and touching song full of love for life and music. Incredible writing and performance! After a wonderful flute solo by Pardo the family came on stage and all played together – danced together – sang together! Even Tomatito joined in for that part of the show again – a great end to a concert that as such will be long remembered and will be impossible to do again – it was like being invited to the Mount Olympus of Flamenco and watching the gods having a ball …..

Ellen Andrea Wang / Blank Out – Ellen Andrea is one of the leading young bass players in Europe and on top of that is a great song writer and singer. Blank Out is her second album and a great step forward as an artist: this is modern jazz, soul, and pop fused into a unique blend of accessible and challenging music and lyrics. From the critical Peace Prize to the cool grooving Bad Blood and the beauty of Heaven, this is one great record. Check it out!

Bafana Nhlapo / Ngikhumbule khaya – South African singer and percussionist Nhlapo, delivers, with a little help from his Norwegian friends, an album of great world music with some jazz included. Great horn sections and great grooves are what help the songs and his voice to be as powerful as they are – Nhlapo is a mix of Abdullah Ibrahim, Fela Kuti and Youssou N’Dour. Difficult to pick a track here as a starter – listen to it all and enjoy!!

Zadza / Momentum – Zadza is a French piano trio featuring Nicolas Granelet on piano, rhodes, machines; Dominique Benete on bass and effects and Alban Guyonnet on African percussion and effects. The compositions are really interesting and keeping the listener captured – especially in the two long pieces The Change and Momentum Part I – with great grooves and changes and beautiful little melodies. The effects are used to maximise drama in the composition, but it is all about the great playing by all three musicians as a unit. They make this one of the most exciting and different piano trios around.

Fred Hersch / Good Things Happen Slowly – A great read! It was actually difficult to put this one down …too much going on and too much I didn’t know. As Hersch was born in the same year as I was, I can relate to a few things he is describing. I do like some of his records, but have never been too much into his music – I enjoyed some of the solo recordings and lately the album with Julian Lage and the Trio album Sunday Night at the Village Vanguard tremendously, but never got deeper. His story is interesting in many ways and on many levels (from the musicians point of view, the gay man’s experiences and the health issues he dealt with and how they all affected each other) and it is well told – the highs as well as the many lows through which he fought his way.  But in the end it is all about the music, the will to create, and the desire to perform, no matter what! Captivating and educational at the same time.