The start of 2020 is a good reason to have a look back into the roaring 1920’s … a period known, beside other names, as the Jazz Age. Post WW I the global economy was showing constant growth and modernity, the word for this time, brought the radio, movies and cars. Cities like Berlin, London, Paris, Sydney, Los Angeles, New York and Chicago had the cultural edge. The period became known for Prohibition, Art Deco, the Harlem Renaissance, women liberation and getting voting rights in many countries, Freud and his theories, to name just a few major developments.  The name Jazz Age is definitely correct as in these times some of the most important jazz recordings of all time were made – above all the eternal Louis Armstrong Hot Five and Hot Seven recordings on OKeh, but as well the music by Bix Beiderbecke, Duke Ellington, Sydney Bechet, King Oliver, Jelly Roll Morton, and and and … Blues recordings became hits in the US and the first country songs were recorded as well … labels like OKeh, Black Swan, Broome, ARTo, Vocalion, Ajax and many others, as well as  the big ones: Victor and Columbia were driving this new musical output. But the 1920’s ended with a bang: Black Tuesday on Wall Street in New York on October 29th, 1929, the result of the London Stock Exchange crash from September 20, which send uncertainty into global stock markets and the years of speculation came to a tragic end that led into the Great Depression of the following years, culminating in WW II.

So how does that compare with the start of our 2020’s? Different set of problems … mostly environmental, which, if done right, could as well lead to an upswing in a currently slow growth economy. On the other hand modernity could be a good word for our times as well … all going into one gadget that can do everything .. phone, TV set, camera, satellite navigation system, medical equipment, … Politically the move to the right looks like it will continue globally – a scenario in which jazz, for obvious reasons,  usually thrives. Only time will tell if these years will yield everlasting new recordings as well. And let’s see if mankind learned enough to avoid another Black Tuesday … but the bubble of companies like Spotify, Uber, etc. which hardly ever made a profit (if at all) and are valued at billions of dollars might need to be addressed in some form at some time. For me it looks like these 20’s are neither going to be roaring nor boring!!

Sadly 2020 started with the loss of a few very important jazz musicians … Jimmy Heath – ‘Little Bird’ was still playing aged 93; he has been a true jazz giant who mentored generations of musicians and a wonderful human being. Claudio Roditi – Brazilian jazz trumpet player with a distinguished career in the US and beyond and European jazz legend, pianist and keyboarder Wolfgang Dauner, whom I had the pleasure to meet a few times. I first heard of him as a player with saxophonist Hans Koller, then through his own recordings for MPS and later the Mood label, which he co-founded in 1977 with Albert Mangelsdorff, Volker Kriegel and others. Beautiful his solo piano albums and of course his work in the powerful United Jazz+Rock Ensemble, whose first album ‘Live Im Schützenhaus’ is still one of the top selling jazz recordings in Germany. When I was executive producer for the 1988 Konstantin Wecker album ‘Wieder Dahaom – Live in Wien und Graz’, Dauner was in the band that recorded these concerts and we had some fun doing the gigs  … and spend that year New Year’s Eve together with Wecker in Berlin. Dauner was a leading improviser and played Avantgarde, modern jazz as well as fusion .. always seeking for new sounds and ways to express himself. May they all rest in peace!

Jazzahead 2020 will have Canada as the focus market – a thriving jazz scene with wonderful established and new artists. Beside the Gala and opening night there will be the Canadian Night, featuring 8 selected artists/groups to showcase the variety and quality of this jazz market. I will write a bit more about this in a jazzahead preview in March. For now – here are a few more Canadian records worth checking out:

Eric St-Laurent / Bliss Station – Guitarist and keyboarder St-Laurent recorded ‘Bliss Station’ in Berlin and Toronto with his friend Sebastian Studnitzky on trumpet and piano, Jordan O’Connor on bass and Michel Dequevedo on percussion. Wonderful compositions perfectly performed – beautiful how the sounds of Studnitzky’s mellow trumpet and St-Laurent’s guitar mix into one colour, carrying the melodies of the songs. Recommended!! 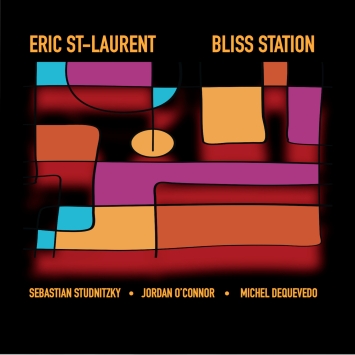 LOCAL TALENT / Higienópolis – LOCAL TALENT combines 3 of Canada’s most eminent instrumentalists performing together on record for the first time. The group is led by composer and keyboardist James Hill, known best for his work with international jazz and hip-hop group BADBADNOTGOOD and Autobahn Trio. Accompanying him are electric bassist Rich Brown and drummer Ian Wright. All compositions on the album are by Hill and cover a variety of moods and soundscapes – from ambient to groovy to Brazil and back to Canada. Local can be anywhere you are … Hill’s skills on the piano and keyboards are exceptional and I am sure this album will build a great following for him. Top track for me: The Silent Cry. 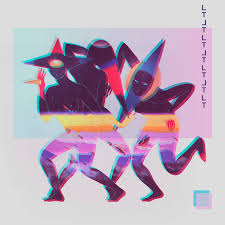 Shuffle Demons / Crazy Time – The Shuffle Demons are Richard Underhill – alto & baritone saxophones, lead vocals; Stich Wynston – drums, percussion, bg vocals; Kelly Jefferson – tenor saxophone, bg vocals; Matt Lagan – tenor saxophone, bg vocals; Mike Downes – bass, bg vocals; Mike Murley – tenor saxophone and Jim Vivian – bass. This is the band’s 9th album, in a career lasting 35 years – with changing line-ups but the same powerful approach to jazz.  The typical instrumental / vocal mix is represented here as well as some groovy ensemble play. A band to discover and one I would love to see/hear live!! Cool rap in ‘Have a good one’ … and ‘Even Demons Get The Blues’ is another stand-out track! Cool!! 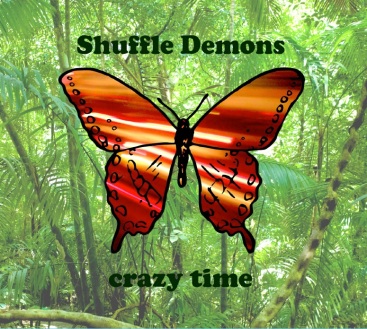 Mark Segger Sextet / Lift Off – Segger’s new album is another prove of the diversity of Canada’s jazz scene… this is a wonderful recording of improvised music, based on his compositions. His music reflects a wide range of creative interests, from the swing of Mel Lewis and his jazz orchestra to the genre expanding string quartet writing by composers like Bartok and Ligeti. This captivating album features beside drummer Segger Jim Lewis on trumpet, Heather Saumer on trombone, Peter Lutek on tenor saxophone & clarinet, Tania Gill on piano & melodica and Rob Clutton on bass. Challenging and rewarding music. Adventurous!